Today is 105 years since Roald Amundsen, Helmer Hanssen, Sverre Hassel, Oscar Wisting and  Olav Bjaaland reached the South Pole. And Google have celebrated that fact with a google Doodle:

I love the doodle. It's beautiful art.

The doodle shows mountains, and south pole is on an extremely flat plateau. Amundsen named it the King Haakon VII's Plateau.

The doodle shows it's snowing quite heavily. Actually South Pole is technically a desert, and almost no snow falls. The snow does drift in the winds though.

The doodle shows it's dark... The sun comes above the horizon at South Pole in September and it doesn't set until March. When Amundsen and the team arrived it would have been 24 hour daylight.

They have the black flag just perfect though. Although Amundsen actually had a white flag and the Norwegian flag on his tent, they did use black flags to survey the region and check they were at the actual South Pole.

I took a picture of one Amundsen's pole flags at the Scott Polar Museum a few years ago. It was found with Scott, Bowers, and Wilson bodies in  November 1912. Beneath the flag you can see the image Edward Wilson drew in his notebook of the flag. 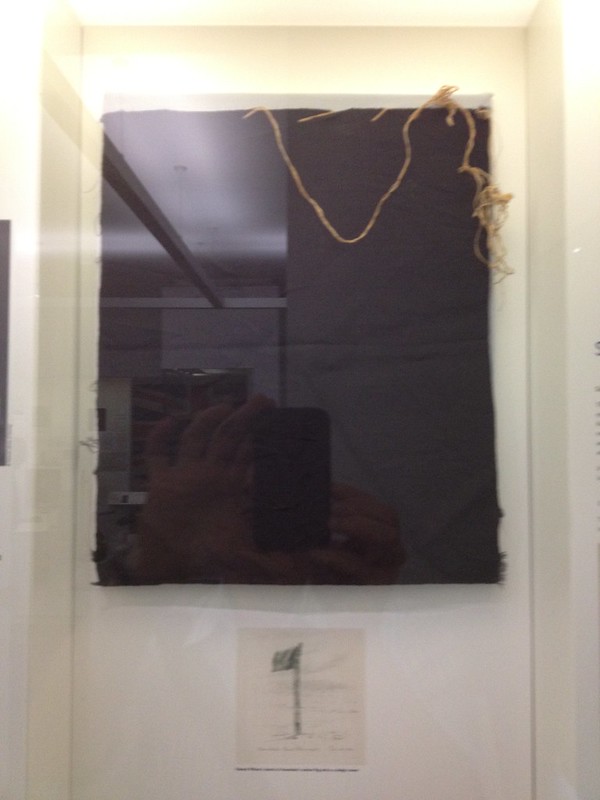 Today there is an amazing research station at the South Pole called Amundsen-Scott, and there is a web cam on the United States Antarctic Program site.

Susan Solomon's book The Coldest March shows a plot on page 215 of my edition showing that is about the conditions Amundsen and his team had to deal with.