I was enjoying my polar books the other night and came across a quote attributed to everyone's  favourite humanitarian polar explorer and scientist, Fridtjof Nansen.

If I were not a Norwegian, I would be an Englishman rather than belong to any other nation

Nansen is quoted in Fridtjof Nansen, his life and explorations, by James Arthur Bain, 1897.

It's hard not to be in awe of Nansen.

The Fridtjof Nansen Institute describe him as a polar explorer, scientist, diplomat, humanist and Nobel Peace Prize laureate. The Wikipedia page provides the facts, but don't skip the reason he was awarded the 1922 Nobel Peace Prize: the Nansen Passport represent an astonishing achievement.

This was not a universal sentiment.

The American Lieutenant Commander George Washington DeLong was the commander of a famous Arctic expedition expedition on the USS Jeanette.

He said on the choice of sailors for his polar expeditions:

The quote is on page 68 of  The voyage of the Jeannette. 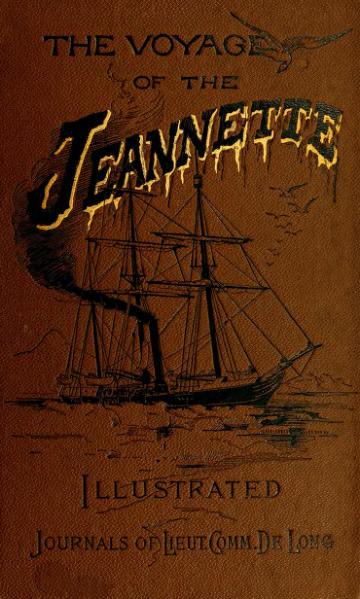 His expedition ended in disaster, and I don't think he had any English on his crew. His ship however was British - it was HMS Pandora before it was sold to the American James Gordon  Bennett and sailed as a United States government ship renamed as the USS Jeannette.

If you have time the period newspaper reports of the tragedy are amazing.

Maybe in a future post I will talk about how the disastrous expedition DeLong led provided Nansen with some key facts which contributed to him leading one of the most famous expeditions of all: The Fram Expedition 1893-96.