On twitter this pm is a not unexpected, but rather interesting looking opportunity for those who are confident about their leadership abilities.

It does have a nice header:

I know what you are thinking, £95k sounds pretty good, but what would you have to do for it?

BAS is a big organisation. You would have to cope with over 450 staff, 3 Antarctic bases plus another two on South Georgia, an airline and a shipping company. OK those are the broad brush facts. What does it mean? How about thinking about what they do?

BAS is an organization robust enough to manage the logistics and lead on some of the most exciting polar science going on quite literally in the middle of nowhere.

Whilst at the same time managing and leading dozens of other research projects over the Antarctic geographically ranging from Halley Station to South Georgia. They even manage to remove historical waste from Antarctica to clean up 50 years of British footprints to comply with our legal commitments. 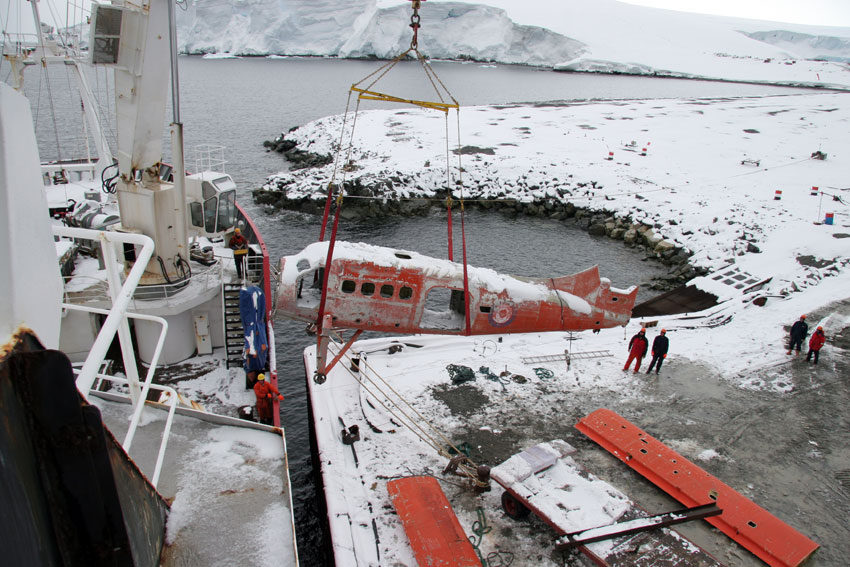 We always hear BAS discovered the ozone hole, which of course BAS scientists did, but that was back in 1985. There are no laurels to rest on in science. Look what they are doing today. In 2012 they published 343 research papers according to the NERC database. Stuff they published last year ranged from tide-induced movement of ice shelves, lipids in zooplankton, CO2 in the Southern Ocean, penguin research, and the foraging of albatross. If you follow the link you can see all the great stuff I missed out. My point being it is a very wide organization with a very wide range of basic research as well as contributing to the political commitments of the UK in for example CCAMLR and of course the Antarctic Treaty System.

No one scientist is going to be personally on top of all that, so what are NERC looking for?

The person spec says amongst a long list of attributes "inspirational leadership", "Developing strong links with the UK academic community", "vision and experience", "ready and able to take a high profile  in the context of the role BAS plays in Antarctic affairs" and so on.

I think it sounds brilliant - but there are, as they say,  a lot of "challenges" too. The new director will have to look at "refocusing the Survey’s activities to recognize the part it can play beyond the Antarctic", they must have "independence of mind, a breadth of understanding, a commitment to look across the disciplines", and one of my favorites, be "A deft political (with a small p) operator".

When I think back at the Directors I had the pleasure of knowing or working for I think they had those skills. I guess given the stressing of working with the community and "building bridges" one wouldn't want a director to be "too independent".

As a member of the community I can think of a few names I would like to see in that role - including a couple of people working for the Survey now. And in case you were wondering a couple of women scientists too.

I hope they step up.

Here is how you apply.